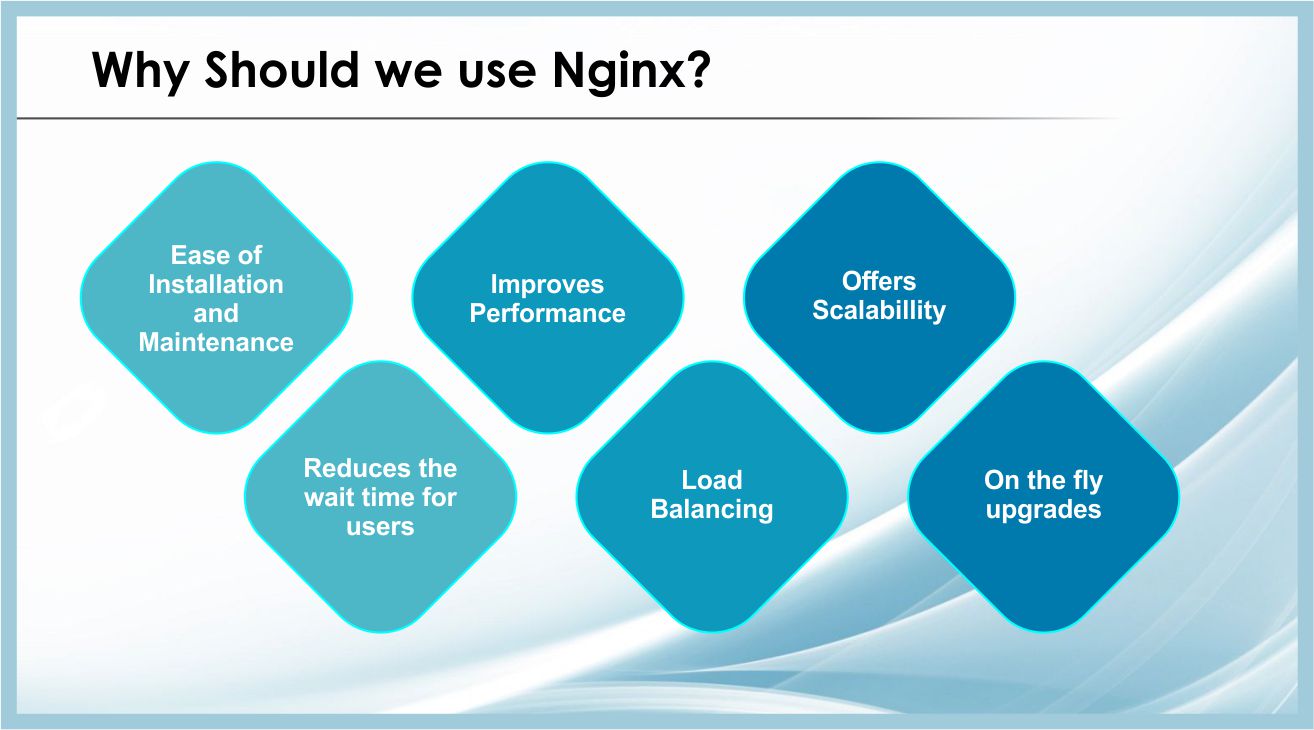 Nginx is free and open-source software, it can be defined as a web server which can be used as a load balancer, reverse proxy, mail proxy, and HTTP cache. In simple term, Nginx can be explained as kind of software which is used as web to to serve the large on going requests. NGINX is a very light and fast web server.

As per the survey generated in 2016, by Netcraft, an Internet services company based in Bath, Somerset, England, Nginx was found to be standing second most widely used web server across all “active” sites.

There are two versions of Nginx available, OSS Nginx and Nginx Plus of which Nginx Plus offers additional features which are not included in OSS Nginx, few of the feature are listed below: